On a tweet today, Yusuf Mehdi of Microsoft announced the breathtaking milestone achieved by the company. He attested to the fact that new Windows 10 devices have been added in the past 12 months than had been done before.

That’s awe-inspiring as they’d only announced a previous milestone of 800 million devices in march . The devices ranges from PCs to HoloLens to Xbox to Surface Hubs and in truth, Windows continue to power innovation. 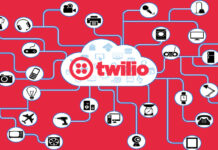