VOKPrime
VOKPrime
More
Home Controversy The world’s superpower is about to change. Are you ready? 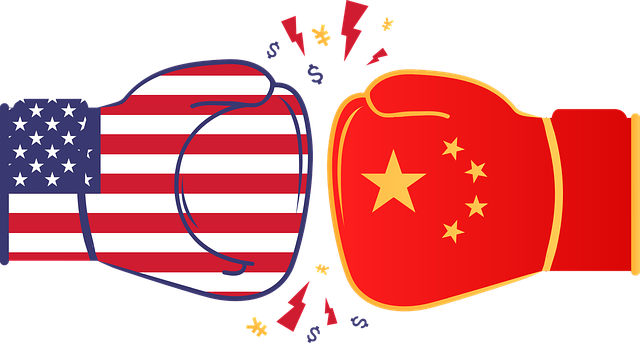 In history, we have seen empires rise and fall, and it can be said that they are obeying the basic law of physics, “what goes up must come down.” Therefore, no matter how powerful a superpower has been, eventually, its end time will come, and without fail, its destruction will be because of money. With this in mind, what if history is about to repeat itself? And what if everything is about to come crashing down around us? What if we are living through a massive financial shift in power that would change our world forever?

A time of prosperity

A lot of us are living through a period of abundance and prosperity. Maybe, for you, history has never been as evident as it is right now. It looks as though, it might be coming to an end.

If you take note, you will notice that a certain cycle is about to end. A cycle that has been repeating itself for so long. The cycle predicts the end of an empire and the emergence of a new superpower. Oftentimes, this rise of a new cycle is driven by money.

Predicting the rise and fall of superpowers

You might think that is the world’s superpower is based on luck, by being at the right place at the right time, and things align for you. Then, viola, you are at the top of the food chain. No.

The three puzzles around becoming a superpower

Do you know the scariest thing? It’s scary to imagine how you can accurately predict the rise and fall of a superpower. And for the most part, they’ve always shared three pieces of the same puzzle.

The first piece of that superpower is trade. The world’s main superpower has always controlled the vast majority of the world’s trade. Apart from that, one of the cities is always considered the trading centers of the world. For example, Amsterdam, London, or New York.

The second piece of the puzzle is strength. It takes an incredibly large military strength to keep a nation on top. This is something all world-leading nations have shared.

The last and most important piece is money. Whenever a country has always been at the top of the world’s order for the last, 500 years, they have been in control of most of the world’s money. Its currency has been considered the reserve currency of the world, a currency that is the most trustworthy and used all over the world as a primary means of trade.

Without fail, every World superpowers have shared these three pieces of the puzzle. And no empire holds the top spot forever, and every single time, the balance, of superpowers has changed in the world, so has the world’s money.

The history of reserve currencies

read also: You’ll never be rich and here is the reason

Eventually, though, the British empire will overtake the dutch with the British pound becoming the world’s reserve currency and of course, London became the center of the world’s trade.

Finally, in 1944, the final shift would take place with the United States taking the number one spot, and New York became the financial capital of the world.

Predicting the downfall of the United States.

This is how things are today, the US, has the largest economy, the largest military, and the US dollar is the world’s reserve currency. It doesn’t look like it’s going to stay this way for long. By looking at history, we are seeing how close the US empire is closed to collapsing.

read also: Choices, the key to creating your dream wealth

There are lots of signs that show the US is close to a cycle dead. These signs include a great divide between the rich and the poor shown by massive income inequality. Other signs include less innovation and inventions, as more industry and expertise are sent overseas. It’s a nation that is seriously falling behind in Education, with standards and funding dropping every year. A massively bloated military that is costing the nation untold billions to maintain. Division and fighting between the nation’s people, instead of a united and harmonious society. A currency that the world is losing faith in, that isn’t anywhere near as powerful as it was once was.

An excessive money printing due to a failing economy has become so bad that over 40% of all US dollars that have existed were created just last year. All of the things that have caused the last empires to collapse are happening in the US today. And a lot of these factors have something to do with money and when all of it aligns, it means a great shift in history. And this is where things get a little bit uncomfortable and scary because by using history we can see how close we are to having the western empire collapsing.

The one nation that is closely going to become the next superpower in China. China is doing its best to become the financial powerhouse of the world. And they’ve said it themselves, they want to become the world’s superpower by the year 2050. Whatever they are doing seems to be working for in the last few decades China has been on a massive upward trend not just in a few of the metrics discussed above, but, in every single one of them.

How far away is the collapse?

When can we expect the financial collapse of the west and for China to rise to the top? Well, it might not happen, just because something happened in the past doesn’t necessarily mean it will happen in the future.

CBDC: How your government plans to control your money

However, history often has a habit of repeating itself. All of these data might show that we are at the transition point of superpowers. According to various data, it looks like we are 25 years away maximum, but, it could happen a lot sooner.

Take control of your finances

When you heard that prediction, did it scare you? You might have said yes, but, it’s important to put that fear into perspective. The world we are living in today hasn’t always been this way, there has always been a change in the world order, and no empire has held unto its power forever. History shows that these transitions might be unavoidable and in many cases will bring about massive change.

read also: What is the truth about money tht you do not know?

This doesn’t mean you are powerless, especially, when, it comes to your financial security. None of us may be able to control the financial decline of the west, and it does seem as though the decline is inevitable. But you do have the ability to control your reaction and responses to the challenges that come before you.

And it comes in the form of knowledge, in the areas of finance. Making it a priority to learn, study, and make notes of what is happening around you. So, no matter what comes to pass, you are much better prepared for it.

The only constant thing in life is change, they are coming, whether we like them or not. And this change is going to completely shift the world as we know it today. It’s a beautiful thing to know that your financial security isn’t completely at the hands of things you can’t control. And you have a lot more power in your hands. So many extremely wealthy people have said that they can lose all the money and recover them because of the knowledge of they have in their brains. It’s not about the wealth they hold, it’s about the knowledge they have.

Therefore, congratulations to you for putting a focus on finances and reading articles like this, because it means you are better prepared for what might come. Whereas, most people in the world just stick their heads in the sand when it comes to finances. Finances are just a skill set, it’s a formula that anyone can figure out for themselves.